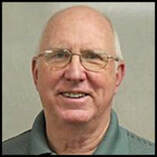 ​Established formally in 1984, we are a local community chorus, open to all who love to sing. We rehearse and perform in South Kingstown, Rhode Island.
​
​HOW IT ALL STARTED. . . .
​
Nearly forty years ago, a great pediatrician who also happens to be a wonderful musician, Dr. Harold (Sandy) Falconer, began inviting friends into his living room to sing. Rehearsals and concerts were held in the living rooms of friends, under his direction, in true chamber music style. That tradition led in 1984 to the formal incorporation of the South County Chamber Singers. Early concerts included Tchaikovsky’s Mass of St. John Chrysostum, Haydn’s The Creation, and the works of such modern composers as Leonard Bernstein and Gordon Binkerd. Handel’s Messiah was an annual treat, complete with post-concert figgy pudding and other refreshments, at the Fine Arts Center of the University of Rhode Island. Sandy’s popularity as a local pediatrician guaranteed us a standing-room-only audience.

Now living in Maine, and retired as music director of the Tapestry Singers, Sandy traveled to Rhode Island in Fall 2014 to surprise the singers by sneaking into the bass section and lending his voice to our 30th Anniversary Concert. Our 35th Anniversary Concert, on November 3, 2019, featured Sandy as a guest conductor.

Dr. David Saladino succeeded Sandy Falconer as our artistic director. His experience included directing choirs that performed at state, regional, and national conventions of the Music Educators National Conference and the American Choir Directors Association. David went on to become a professor in the music department and Director of Choral Activities at the University of Arkansas and to conduct its acclaimed vocal ensemble, Schola Cantorum.

Dr. Stephen Martorella, Minister of Music at the First Baptist Church in America, in Providence, became our third distinguished artistic director, with Anthony-Alexander Torelli as associate director, serving from 1999 to 2006. Both soloist and conductor, Steve Martorella has given U.S. and world premieres of several major works of contemporary composers and appeared with the Rhode Island Civic Chorale, the Rhode Island State Ballet, the Providence New Music Ensemble, Music on the Hill, the Rhode Island College Symphony Orchestra and Chamber Music Series, the Swanhurst Chorale, and the American Band. Dr. Martorella honored us as a guest conductor at our 35th Anniversary Concert in November 2019.

Dr. Enrico Garzilli served as our music director from 2007 to 2016 and now has returned to direct our Fall 2021 concerts, featuring six of his compositions. Enrico is an internationally acclaimed composer, pianist, organist, educator, and scholar. His works have been performed at the Providence Performing Arts and Veterans Auditorium in Providence, RI, and in New York City and have been recorded on EMI/Virgin and First Night Records. He holds advanced degrees in Philosophy, Theology and Literature and was the first person to receive a doctorate from Brown University in Comparative Literature.

In July 2016 Jean Maxon Carpenter joined us as artistic director, bringing ​a wealth of experience in choral directing, teaching, and piano accompaniment. Jean served as music director for the Contemporary Theater Company's award-winning 2015 production of "Sweeney Todd" among other CTC projects, founded CTC’s choral program, and served as its artistic director and conductor. Previously, she had been artistic director at the Courthouse Center for the Arts, staff accompanist at URI, and piano instructor at the music school of the Rhode Island Philharmonic, among her many other accomplishments in Rhode Island and her home state of New York.

We were heartbroken when Jean Carpenter died unexpectedly, on February 23, 2021. As Kathleen Lindvall, SCCS president, wrote to Jean’s musical family, “Jean had an incredible talent for bringing out the best in each one of us so that as a group we could perform for the enjoyment of our audience while having a sense of accomplishment in the quality of our performance. She encouraged us to step out of our comfort zones and gave us the confidence to conquer more challenging musical works. Her passion for music was contagious. Jean gave her time so completely, taking on tasks that were beyond her role as director, because it benefited the group. Her energy, enthusiasm, kindness, bright smile and quick wit will be missed immensely.”